Walter R. T. Witschey is a professor of anthropology and science education at Longwood University. For the past decade, he has been a Research Fellow of the Middle American Research Institute, Tulane University, and chaired the Virginia Governor's Environmental Education Commission from 2000-04. Along with Clifford Brown, he is a co-principal investigator of the Electronic Atlas of Ancient Maya Sites, which provides raw data for settlement pattern studies, site location data, mapping services, and datasets for Google Earth displays.

Clifford T. Brown is associate professor on the faculty of the Department of Anthropology at Florida Atlantic University. He has supervised the excavation of Temple 30 on the Acropolis of Copán, Honduras, under the distinguished E. Wyllys Andrews V. He has directed archaeological excavations at Mayapán, the Late Postclassic capital city of northern Yucatán, and he has worked on archaeological research projects in Yucatán and Nicaragua. Along with Walter Witschey, he is a co-principal investigator of the Electronic Atlas of Ancient Maya Sites. 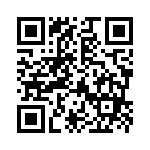