Kenneth Morgan is the former Vice-Chancellor of the University of Wales, Honorary fellow of Queen's and Oriel Colleges, Fellow of the British Academy and, since 2000, a Labour peer. He is the author of 25 books, including biographies of Keir Hardie, Lloyd George, Lord Addison and Lord Callaghan. 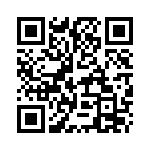