Page 121
These are : First , the colonial period ( late 1500s to 1776 ) in which the primary
groups arriving were African slaves , Dutch , English , Finnish , French , German ,
Scottish , Scotch - Irish , Spanish , and Welsh . Second , the period from 1776 to ...
Page 158
The Plymouth Colony , also known as the Old Colony , existed as a separate
entity until 1686 . ... Since Maine was part of Massachusetts from the early
colonial period up to 1820 , there are many records in the State Archives that
pertain to the ...
Page 200
However , wills enacted prior to 1760 were kept on a colony - wide basis and
some were recorded by the secretary of the ... The emphasis is on North Carolina
, but the library also has extensive materials on the colonial and post - colonial ... 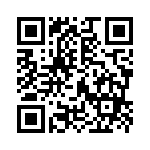