Page 112
Brown followed at distant period , his regiment being recalled home . His first
inquiry was after the family of Mannering , and , easily learning their route
northward , ' he followed it , with the purpose of resuming his addresses to Julia .
With her ...
Page 202
I think I should understand the law - I have followed it for many years , and though
I have given it up to retire upon a handsome competence , I did not throw away
that knowledge which is pronounced better than house and land , and which I ...
Page 298
In the meantime , Bertram followed his guide , and was in his turn followed by
Dinmont . The shouts of the mob , the trampling of the horses , the dropping pistol
- shots , sunk more and more faintly upon their ears ; when at the end of the dark
... 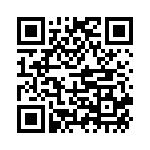