Page 6
HENRY , EARL OF RICHMOND , afterwards KING HENRY VII . CARDINAL BOUCHIER , ARCHBISHOP OF CANTERBURY . THOMAS ROTHERAM , ARCHBISHOP OF YORK . JOHN MORTON , BISHOP OF ELY . DUKE OF BUCKINGHAM . DUKE OF NORFOLK : EARL OF SURREY , his Son .
Page 134
Steevens . the brats of Clarence- ] Edward Earl of Warwick , who the day after the battle of Bosworth , was sent by Richmond from Sherif - hutton Castle ( where Gloster had confined him , ) to the Tower , without even the shadow of an ...
Page 200
Henry Tudor Earl of Richmond , the eldest son of Edmund of Hadham Earl of Richmond , ( who was half - brother to King ... was carried by his uncle Jasper Earl of Pembroke immediately after the battle of Tewksbury into Britany , where he ... 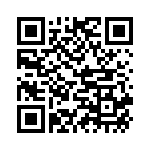