Tony C. Caputois the publisher of hundreds of comic books, including such well-known titles asSpeed Racer™,Astro Boy™,The Terminator™,The Real Ghostbusters™,Vespers™, andThe Green Hornet™. From 1989 to 1994, he served on the board of directors of the Comics Magazine Association of America (CMAA). and has worked as a publishing consultant for a variety of companies, including Disney Publications and Walter Joseph Communications. He has also produced over 20 volumes ofSpeed Racerhome videos and gift sets, and has collaborated with such legendary industry talents as Harlan Ellison, Neal Abrams, Jim Steranko, Mike Baron, and Jeff Butler. 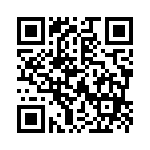