Karsten Friis-Jensen was born in Copenhagen, and educated at the University there, where he became a teacher from 1985 and a senior lecturer from 1990 in the Institute of Greek and Latin, now a part of the Saxo Institiute. Previously he had worked at the Thesaurus Linguae Latinae in Munich from 1983 to 1985. He was a member of the Royal Danish Academy of Sciences and Letters from 1997 onwards. His main field of study was Medieval Latin literature, which culminated in a scholarly edition of Saxo Grammaticus's Gesta Danorum, published in 2005, with a Danish translation by Peter Zeeberg. His other principal area of research was the medieval reception of the Roman poet Horace, and he directed the work on Horace for theCatalogus translationum et commentariorum in Toronto.

Peter Fisher was born in Sheffield, and was educated there and later at Exeter College, Oxford, where he read Classics and English. He continued as a teacher in these subjects in Welwyn Garden City and subsequently as a lecturer at what is now Anglia Ruskin University in Cambridge. During this time he wrote an M. Phil. thesis on Christopher Marlowe with Warwick University. Since the late 1970s he has translated and published a number of historical and medical texts from Medieval and Renaissance Latin, mainly Scandinavian. A keen amateur clarinettist, he regularly plays in local chamber groups and orchestras, with whom he has performed several concertos. He is married and has four children. 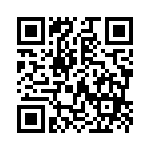