Joseph Schumpeter, an American economist of Czech origin, is regarded by many as the second most important economist of the twentieth century after John Maynard Keynes. He was a complex man and a brilliant student versed in mathematics, history, philosophy, and economics. Schumpeter was born in Moravia, at the time part of the Austro-Hungarian empire. He was educated at the University of Vienna and Columbia University. Schumpeter's first marriage took place in 1907 and lasted for several years before being formally dissolved. Later, while teaching in Bonn, he became so attracted to his porter's 12-year-old daughter Annie that he obtained permission to educate and then marry her when she came of age. During this period he served first as Austrian minister of finance and then as president of a prestigious investment bank in Vienna. It failed, and, a year after his marriage, Annie and her child died in childbirth. Schumpeter, devastated by these events, left Austria to join the faculty at Harvard University, where he remained until his death. In 1912 Schumpeter published his Theory of Economic Development, which argued that the accepted general equilibrium models of the time had room for neither change nor profit, even though both were necessary for growth to take place. In his view, the entrepreneurs are responsible for a process of sustained change as they develop new products and try new ways of using inputs in search of temporary monopoly profits. Despite the work's importance, it was not available in English until 1934, on the eve of the Keynesian revolution. Schumpeter refined and expanded his theory of economic dynamics in the monumental two-volume work, Business Cycles: A Theoretical, Historical and Statistical Analysis of the Capitalist Process. This work maintained that periods of business growth resulted from the clustering of innovations which in turn were copied by "swarms" of imitators who set off wavelike expansion in business activity. Unfortunately, the book appeared in 1939, three years after Keynes's General Theory, and so never received the attention it deserved. In 1942 Schumpeter published Capitalism, Socialism and Democracy, which dealt with the "creative destruction" inherent in capitalism. New processes and methods of production, wrote Schumpeter, were continually replacing older ones. The result was material progress, but progress that would eventually be taken for granted and even resented by people dissatisfied with the dislocations caused by growth; the end result would be the demise of capitalism and rise of socialism as governments increasingly took control of the means of production. Schumpeter's last major work was his History of Economic Analysis (1954), which is widely regarded as one of the best intellectual histories written about any social science. It is perhaps ironic that Schumpeter never developed a following that could be described as a "Schumpeterian" school of thought. One reason is that much of his work is descriptive rather than prescriptive; Keynes had a solution for the problems of the 1930s, but Schumpeter rarely provided policy advice. Secondly, Schumpeter's work often seems to have an undercurrent of fatalism (which some attribute to the loss of his beloved Annie), with his predictions forecasting the death of capitalism. Finally, there was the question of timing: of his major books, one appeared just before and the other immediately after Keynes's General Theory. 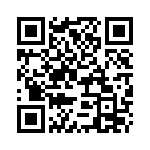