An excellent collection of rather personal essays about literature from a liberal feminist perspective by a great writer. I am not a fan of Russ' fiction but the moment I started reading her non ... Read full review

Published in 1985, this book of essays nonetheless engages with still ongoing debates, not least including “tone” and, separately, the uneasy relationship between sexual fantasy and political/cultural ... Read full review

Joanna Russ was born in New York City on February 22, 1937. She received a degree in English from Cornell University in 1957 and a MFA in playwriting from the Yale Drama School in 1960. She taught at various colleges and universities during her lifetime including a long stint at the University of Washington in Seattle. She was a critic and science fiction writer best known for books of criticism such as The Female Man (1975) and How to Suppress Women's Writing (1984) as well as the novel And Chaos Died (1970). She died on April 29, 2011 at the age of 74. 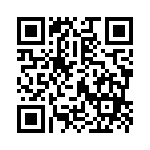