Susan E. Lederer is associate professor of the humanities at the Milton S. Hershey Medical Center of the Pennsylvania State University. 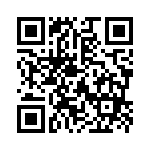