Jody Enders is Professor of French and Dramatic Art at the University of California, Santa Barbara and editor of Theatre Survey. She is the author of Rhetoric and the Origins of Medieval Drama, winner of the MLA's Aldo and Jeanne Scaglione Prize for French and Francophone Studies, and Death by Drama and Other Medieval Urban Legends. 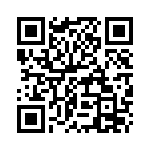