Ian McEwan was born in Aldershot, England on June 21, 1948. He received a B.A. in English Literature from the University of Sussex and an M.A. in English Literature from the University of East Anglia. He writes novels, plays, and collections of short stories including In Between the Sheets, The Cement Garden, The Comfort of Strangers, The Innocent, Black Dogs, The Daydreamer, Enduring Love, Sweet Tooth, The Children Act and Nutshell. He has won numerous awards including the 1976 Somerset Maugham Award for First Love, Last Rites; the 1987 Whitbread Novel Award and the 1993 Prix Fémina Etranger for The Child in Time; the 1998 Booker Prize for Fiction for Amserdam; the 2002 W. H. Smith Literary Award, the 2003 National Book Critics' Circle Fiction Award, the 2003 Los Angeles Times Prize for Fiction, and the 2004 Santiago Prize for the European Novel for Atonement; and the 2006 James Tait Black Memorial Prize for Saturday. 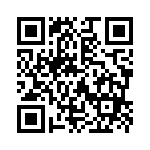