Stephen White Professor of Politics at the University of Glasgow. His many published works include The Bolshevik Poster (Yale, 1988), After Gorbachev (Cambridge, 1994), Russia’s New Politics (Cambridge, 2000) and, with Evan Mawdsley, The Soviet Elite from Lenin to Gorbachev (Oxford, 2000). 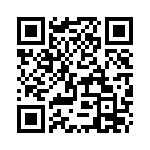