Nilo Lindgren, an electrical engineering graduate of MIT and professional scientific and technical journalist for many years, is at present affiliated with the Electric Power Resčarch Institute in Palo Alto, California. 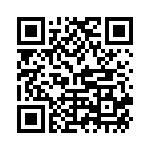