Jane Caplan is Marjorie Walter Goodhart Professor of European History at Bryn Mawr College. Her most recent publications include the collections Written on the Body: The Tattoo in European and American History (Princeton) and Nazism, Fascism, and the Working Class: Essays by Tim Mason. John Torpey is Associate Professor of Sociology and European Studies at the University of British Columbia in Vancouver. He is the author of The Invention of the Passport: Surveillance, Citizenship, and the State and Intellectuals, Socialism, and Dissent: The East German Opposition and Its Legacy. 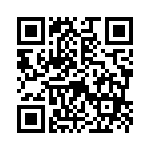