Nestor Capoeira, a man of great humor and insight, is a mestre and long-time teacher of capoeira and the author of Capoeira: Roots of the Dance-Fight-Game and A Street-Smart Song: Capoeira Philosophy and Inner Life. He was initiated by Mestre Leopoldina, a living legend. Later he joined the Senzala Group and in 1969 received the coveted “red rope,” Senzala’s hightest graduation. In 1990 he left Sanzala and started to teach his personal approach to the Game at his own school. He has been a pioneer in teaching capoeira in Europe, and his books have been published in Brazil, France, Denmark, Germany, and the United States, among other countries. He has worked in film, theater, and television, and currently teaches at the Planetario da Gaveae in Rio de Janeiro, Brazil. 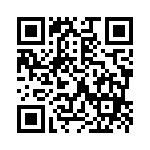