Page 6
Marco traveled as an alien visitor into lands few Europeans had ever seen and
whose people knew little, and cared to know little, about Europe. He was an
oddity, a "stranger in a strange land," who was given the opportunity to visit China
only ...
Page 84
Over several decades thousands of Iranian peasants were killed, enslaved, and
chased off their land. To make matters worse, the early Mongol rulers, beginning
with Genghis Khan's grandson Hulegu in 1256, could not quite make up their ...
Page 275
him to head for that beautiful land of the Far West: "I was moved [to go back] by
memories of my homeland, affection for my family and dear friends, who drew me
toward my land, which, in my opinion, was better than any other country. 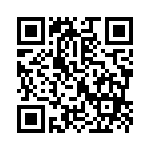