Churchill wrote these volumes while a Conservative in office, sometimes when a cabinet minister, which accounts for the rare stylistic infelicities. It is an account of WWI, and emphasizes his own ... Read full review

Winston Churchill was a superb writer--What more can I say? It is a one volume summary of what was originally a five volume work. This particular volume covers the years 1911-1918 of World War. Sadly ... Read full review

Winston Churchill (1874-1965) was prime minister of Great Britain from 1940-1945 and 1951-1955. A prolific writer, whose works include The Second World War and A History of the English Speaking Peoples, Churchill was awarded the Nobel Prize for Literature in 1953.

Martin Gilbert was named Winston Churchill's official biographer in 1968. He is the author of seventy-five books, among them the single-volume Churchill: A Life, his twin histories The First World War and The Second World War, the comprehensive Israel: A History, and his three-volume History of the Twentieth Century. An Honorary Fellow of Merton College, Oxford, and a Distinguished Fellow of Hillsdale College, Michigan, he was knighted in 1995 "for services to British history and international relations," and in 1999 he was awarded a Doctorate of Literature by the University of Oxford for the totality of his published work. 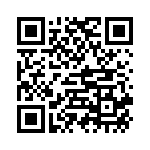