Ann Ward is an Assistant Professor of Philosophy & Classics and Political Studies at Campion College, University of Regina. Her research interests are ancient history and political philosophy, 19th century political thought, the relationship between philosophy and history, and feminist theory. She has published articles and book chapters on Herodotus and Kierkegaard, and her forthcoming book is Herodotus and the Philosophy of Empire, and a co-edited volume with Lee Ward, The Ashgate Research Companion to Federalism. 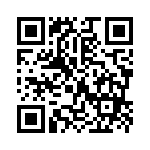