Page 10
... their apparent similarity , is that the latter , thanks to the architectural organization of its internal spaces , allows one to prolong combat indefinitely , with its slits , its projections , its ytrenches , its high walls .
Page 38
or at least there would have been no need for combat ! To defeat , without fighting , a continental adversary who constantly exhausts himself by rushing into the spatial and temporal limits of the terrestrial battlefield is , as we know ...
Page 39
On the immense nautical glacis , on the other hand , the home fleet could elude battle almost indefinitely ; it was not forced by the adversary into desperate combat as long as it stayed out of reach , all the while remaining present . 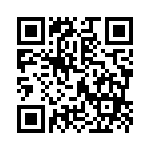