Frances Tustin (1913-1994) was renowned for her pioneering work on the psychoanalytic treatment of childhood autism. In 1952, Tustin joined the second intake of the new child psychotherapy training program at the Tavistock Clinic in London. Her interest in autism began in 1954 when she spent a year at the James Jackson Putnam Center in Boston, Massachusetts. She worked there both as a therapist and as a general assistant in managing autistic children. On returning to Britain the following year she established a close working relationship with Mildred Creak, a child psychiatrist at Great Ormond Street Hospital in London, and later developed a private practice in which she specialised in treating the most disturbed children. From 1971 to 1973 she was principal child psychotherapist at the Tavistock Child Guidance Centre. The author of several books and influential papers, she taught extensively both abroad and in Britain, and her books have been widely translated. She was an Honorary Member of the Association of Child Psychotherapists and an Honorary Affiliate of the British Psychoanalytical Society. Several months after her death Tustin’s husband, and the psychoanalysts Judith and Theodore Mitrani, founded the Frances Tustin Memorial Trust in Los Angeles (now based in Paris). The Trust awards an annual Frances Tustin Memorial Prize and lectureship for a clinical paper on, 'the treatment of primitive mental states in general and autistic states, in particular, in children, adolescents or adults.' Tustin’s archive is held at the Wellcome Library. 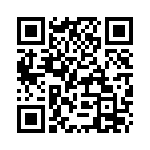