Gijsbertus de With is full professor in materials science. He graduated from Utrecht State University and received his PhD in 1977 from the
University of Twente on the 'Structure and charge distribution of molecular crystals'. In the same year he joined Philips Research
Laboratories, Eindhoven. In 1985 he was appointed part-time professor and in 1996 he became full professor at the Eindhoven University
of Technology. Since 2006 he is also chairman of the Soft Matter CryoTEM Research Unit. His research interests cover structural and
interfacial phenomena in relation to the processing and behavior of multi-phase materials. He has (co)-authored more than 250 research
papers and holds about 20 patents. He is a member of the Advisory board of the J. Eur. Ceram. Soc. and is presently co-organizer of the
annual Coatings Science International conferences. In 2006 his twovolume monograph Structure, Deformation, and Integrity of Materials
was published. 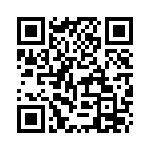