My brother was given acid and then bullied and then given about 30 shock treatments for depression while in the US army. I guess I won't send him this book wrapped in gold at Christmas. Read full review

Naomi Klein is an award-winning journalist, syndicated columnist and author of the New York Times and international bestseller The Shock Doctrine: The Rise of Disaster Capitalism. Published worldwide in September 2007, The Shock Doctrine is being translated into 20 languages. The six-minute companion film, created by Children of Men director Alfonso Cuarón, was an Official Selection of the 2007 Venice Biennale and the Toronto International Film Festival and became a viral phenomenon, downloaded over a million times.

Her first book, No Logo: Taking Aim at the Brand Bullies, was also an international bestseller, translated into over 28 languages with more than a million copies in print. A collection of her work, Fences and Windows: Dispatches from the Front Lines of the Globalization Debate, was published in 2002.

Naomi Klein writes a regular column for the Nation and the Guardian that is syndicated internationally by the New York Times Syndicate. In 2004, her reporting from Iraq for Harper’s magazine won the James Aronson Award for Social Justice Journalism. Also in 2004, she co-produced The Take with director Avi Lewis, a feature documentary about Argentina’s occupied factories. The film was an Official Selection of the Venice Biennale and won the Best International Documentary Grand Jury Prize at the American Film Institute’s film festival in Los Angeles.

She is a former Miliband Fellow at the London School of Economics and holds an honorary Doctor of Civil Laws from the University of King’s College in Nova Scotia. 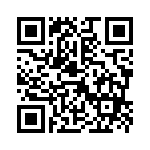