Something new on the storied relation between Hollywood models and American culture in the Reagan years: an impressively documented, though frequently strained, argument that films like Rambo and ... Read full review

Susan Jeffords is a professor of English at the University of Washington and director of Women's Studies. She is the author of The Remasculinization of America: Gender and the Vietnam War, and the editor of Seeing Through the Media: The Persian Gulf War (forthcoming, Rutgers University Press). 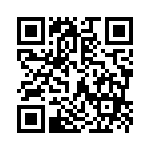