This is a very useful book and a great contribution!!! Congratulations and thank you very much! Even in Asmara, I am using your book for my Eritrean Studies students.

Mussie Tesfagiorgis G., PhD, is a researcher in African environmental and political history. 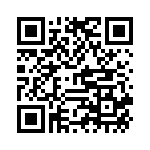