This book is a really great read.

This book is one of the most thrilling, satisfying books I have ever read! I have gained a whole new perspective on how Special Forces carry out missions. Their courage, skill, confidence and ... Read full review

This book is a keeper. As with his last book there are a lot of action scenes with very plausible events! Although the author confuses the reader slightly with unannounced shifts in the time; the book ... Read full review

Tom Morrisey, coauthor of Danger Close, is an internationally known adventure-travel writer and all-around wordsmith. A rock climbing and backcountry ski instructor, certified cave diver, and NRA handgun competitor, he is also editor-at-large for Sport Diver magazine and author of the award-nominated novels Yucatan Deep and In High Places. 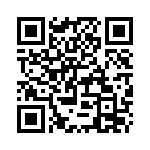