Tim Jackson is Professor of Sustainable Development at the University of Surrey and Director of RESOLVE. He also directs the follow-on project: the Sustainable Lifestyles Research Group (SLRG). 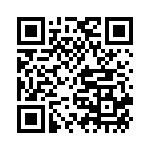