THE SMOKE OF SATAN: Conservative and Traditionalist Dissent in Contemporary American Catholicism

A thoughtful, detailed exploration of three small but growing fundamentalist groups within postVatican II American Catholicism. The sweeping changes instituted by the Church in the 1960s were not ... Read full review

An interesting look at conservative dissent from relatively mainstream opponents of Vatican II to little cults which claim to be harboring the True Pope, etc. Read full review

Michael W. Cuneo is an associate professor of sociology and anthropology at Fordham University. 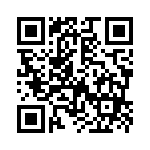