In this general survey of Persian military history, Ward takes you all the way from the classical empire of Xerxes and Darius up to the current situation with Islamic Republic of Iran. In the process ... Read full review

Immortal: A Military History of Iran and Its Armed Forces

Ward, a senior intelligence analyst for the CIA, reminds us that although Iran's armed forces have not fared well in the past two centuries, they have demonstrated qualities that bear some ... Read full review

Steven R. Ward is a senior CIA intelligence analyst who specializes in Iran and the Middle East. He was the CIA Visiting Professor to the US Naval Academy from 2010 to 2012, and he previously served as the deputy national intelligence officer for the Near East on the National Intelligence Council and on the staff of the National Security Council. He is a graduate of the US Military Academy at West Point and a retired US Army Reserve lieutenant colonel. 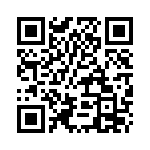