CLAYTON J. DREES is Associate Professor of History at Virginia Wesleyan College, where he has taught European and African History since 1992. He has been department chair since 1998. He is author of Authority and Dissent in the English Church (1997). 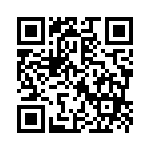