It's a Gary Lachman book. If you know what that means you know enough. The former drummer from Blondie, Gary Lachman is one of the more literate and careful researchers into the occult. He never ... Read full review

Review: Turn Off Your Mind: The Mystic Sixties & the Dark Side of the Age of Aquarius

Intriguing tour of occult influences on '60s rockers and other countercultural figures. The author is a former and founding member of the new wave group Blondie. The writing is a lucid pulp style, a la Colin Wilson, influence and friend of the author. Read full review

Gary Lachman, as Gary Valentine, was a founder member of Blondie and wrote the group's early hits. Born in New Jersey and a long-time resident of both New York and Los Angeles, he currently lives in London 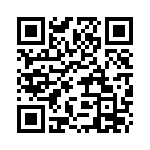