Betty Peh-T'i Wei is a research historian currently holding honorary appointments at the Institute of Qing History of People's University, Beijing, and the Centre of Asian Studies and the Department of History, the University of Hong Kong. Her research interest is focused on the early nineteenth-century China, Europe, and the United States. Now retired as Head of Liberal Arts and Interdisciplinary Studies at the Hong Kong Academy for Performing Arts, she has remained active in research and writing. Her research on Ruan Yuan has taken her to libraries in Asia, the United Kingdom and the United States. 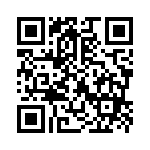