This is an excellent book! A kind of modern update to Vernadsky's 1928 original.
The topic is immensely broad, but is covered with minute details.
Lots of history of science; lots of tantalizing facts.
An excellent reference

Vaclav Smil is Distinguished Professor Emeritus at the University of Manitoba. He is the author of forty books, including Energy and Civilization, published by the MIT Press. In 2010 he was named by Foreign Policy as one of the Top 100 Global Thinkers. In 2013 Bill Gates wrote on his website that "there is no author whose books I look forward to more than Vaclav Smil. 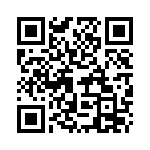