Nils K. Oeijord was born in Norway in 1947. A graduate of the Agricultural University of Norway, he also studied mathematics at the University of Trondheim, in Norway as well. He is a former assistant professor of mathematics at Tromsoe College, Norway, and is the author of several scientific works in Norwegian. Nils K. Oeijord is the discoverer of the genetic catastrophe (and derailed evolution) and the co-discoverer of the Bronston heritability coefficient. He published the first book on the genetic catastrophe, the first dictionary of genetic damage, the first dictionary of human instincts, and the first Scandinavian book on the Waldsterben. He is currently a full time science writer. Nils K. Oeijord?s earlier books in English are Human Instincts Explained (2000), A Dictionary of Human Instincts (2001), Human Behavior: The New Synthesis (2001), Genetic Catastrophe! Sneaking Doomsday? (2002), and A Dictionary of Genetic Damage (2003). 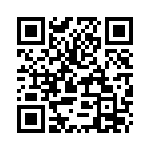