Linda McKie is Professor of Sociology and Head of the School of Applied Social Sciences, Durham University. She is the author of over 120 publications on research methods, care, gender, work and families, and health. Recent research has considered working life among low paid, women, female middle managers and senior women opting out of corporate employment. Linda’s research is also considering veterans families and transitions into civilian life. Recent theoretical work has explored the use of biographical matching and focus groups as well as revisions to the analytical framework caringscapes, which she developed with colleagues in the 1990s. Her most recent publications include McKie et al. (2013) "The Best Time is Now!": The Temporal and Spatial Dynamics of Women Opting in to Self-Employment, Gender, Work and Organization, 20, 2, 184-196 and Biese and McKie (2015) Opting in: Women in search of well-being in Connerley and Wu (eds) The Handbook on Well-Being of Working Women. New York: Springer Press.

Louise Ryan is Professor of Sociology and Co-Director of the Social Policy Research Centre at Middlesex University (www.sprc.info). She has published extensively on migration and social networks, ethnicity, religion, gender and research methods. Louise's work has appeared in international journals such as Sociology, Sociological Review, Global Networks, Journal of Ethnic and Migration Studies and International Migration. She has co-edited (with Wendy Webster) Gendering Migration: masculinity, femininity and ethnicity in post-war Britain (Ashgate, 2008). Louise has held several research grants from the Economic and Social Research Council, as well as leading projects commissioned by charitable organisations, local authorities and government departments. She is currently working on a large EU-funded, Framework 7 project, on Researching Early School Leaving (with D’Angelo). Her most recent book is Migrant Capital: Networks, Identities and Strategies (editors Louise Ryan, Umut Erel and Alessio D'Angelo) Palgrave, 2015. 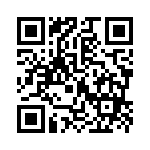