RICHARD H. PALMER is Professor of Theatre at The College of William and Mary. His specialities range from theatre aesthetics and dramatic theory to stage direction, lighting, and theatre management. The author of The Lighting Art (1985) and The Critics' Canon (Greenwood Press, 1988), he has published articles in journals such as Dramatics, The Theatre Journal, Educational Theatre Journal, and Southern Quarterly and contributed to American Theatre Companies, 1888-1930 (Greenwood, 1987). 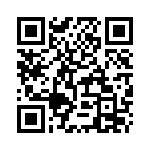