Interesting take on how modern handguns changed politics and head of state security measures. The assassination of William of Orange is described in great detail, though not with the greatest ... Read full review

Cheap at best. No ideas. Nothing. It says that William tried to keep the rebels side unified. What were the conflicts among the rebels. She says almost nothing about this and hence leaves one of his ... Read full review

Lisa Jardine CBE is Director of the Centre for Editing Lives and Letters, and Centenary Professor of Renaissance Studies at Queen Mary, University of London. She is a Fellow of the Royal Historical Society and an Honorary Fellow of King's College, Cambridge and Jesus College, Cambridge. She writes and reviews for all the major UK national newspapers and magazines and for the 'Washington Post', and has presented and appears regularly on arts, history and current affairs programmes for TV and radio. She is a regular writer and presenter of 'A Point of View', on BBC Radio 4. She judged many important literary prizes including the 2000 Orwell Prize and the 2002 Man Booker Prize. She is the author of a number of best-selling general books, including 'Worldly Goods: A New History of the Renaissance', 'Ingenious Pursuits: Building the Scientific Revolution', and biographies of Sir Christopher Wren and Robert Hooke. Lisa Jardine is married to the architect John Hare and has three children. 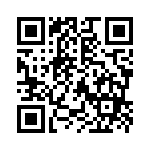