Page 81
The picture was then produced, which the servant had found in her pocket; and
when Elizabeth, in a faltering voice, proved that it was the same which, an hour
before the child had been missed, she had placed round his neck, a murmur of ...
Page 190
Her tone expressed her entire indifference; she addressed me in English, and the
voice struck me as one that I had heard during my sufferings:— “Are you better
now, sir?” said she. I replied in the same language, with a feeble voice, “I believe
...
Page 238
His voice seemed suffocated; and my first impulses, which had suggested to me
the duty of obeying the dying request of my friend, in destroying his enemy, were
now suspended by a mixture of curiosity and compassion. I approached this ... 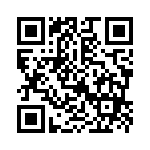