Nigel Biggar is Regius Professor of Moral and Pastoral Theology, and Director of the McDonald Centre for Theology, Ethics, and Public Life, at the University of Oxford, where he is also a Canon of Christ Church Cathedral. Before taking up his current post in 2007, he held chairs in Theology at the University of Leeds and at Trinity College Dublin. Among his published works are: Behaving in Public: How to Do Christian Ethics (2011), (co-ed.) Religious Voices in Public Places (2009), Aiming to Kill: The Ethics of Suicide and Euthanasia (2004); and (ed.) Burying the Past: Making Peace and Doing Justice after Civil Conflict (2001, 2003). He sits on the Editorial Advisory Board of the Journal of Military Ethics and has lectured at the Defence Academy of the United Kingdom. 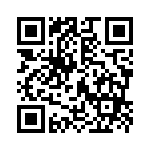