In Random Point, everything is linked to spanking and this is true for the author of the Shadow Lane novels as well. Eve Howard has been writing and producing spanking erotica since the 1980's. Eve has written, directed and produced over 140 spanking videos. Female-friendly and designed to make people feel good, rather than guilty, about being into spanking, Eve suggests an irreverent alternative to the all or nothing B&D subculture portrayed in such beloved classics as The Story of O. Many spanking fans have discovered the real life spanking scene by following the same patterns of social networking as described in the Shadow Lane novels. And for almost twenty years, Eve's company Shadow Lane has been one of the primary social organs of the real life spanking scene. There are nine titles in the Shadow Lane series and Eve is currently working on Volume 10. She lives with her husband Tony Elka and their three cats in Las Vegas. 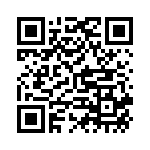