Claire Allan is an International Bestselling Author from Derry in Northern Ireland.

Her debut psychological thriller, Her Name Was Rose, was published in June 2018. It hit the bestseller charts in the UK, reaching #5 in the Amazon Kindle charts, and becoming a USA Today bestseller. Her next novel, Apple of My Eye, was published in January 2019 and hit the bestseller charts internationally. She has followed this up with two more novels: Forget Me Not and The Liar's Daughter, which became a USA Today bestseller. 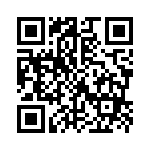