Page 320
i FROM ONE ONE ARMY ARMY TO ANOTHER “ We are everlastingly grateful to
The Church Army for its efforts in the forward areas . " . Welfare Officer , Eighth
Army . This cable , which was received during the Battle for North Africa , is one of
...
Page 423
Others on leave in this country , whose duty it was to return to their units ,
thronged Whitehall , asking to see high officials , in the hopes of obtaining their
immediate release from the Army , whilst others declined to re - embark at the
ports .
Page 424
Meantime , the tasks of the Army were by no means over . Troubles were looming
up in India , Ireland , Egypt and Irak , whilst individual Ministers were
endeavouring to prosecute more or less private wars in Persia , Georgia , and in
different ... 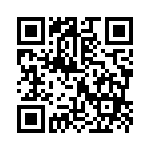