A disappointing account of an interesting subject. For anyone who will read anything Titanic-related, there might be enough here to keep you happy (perhaps, periodically throwing the book across the ... Read full review

This book looks at the life of Bruce Ismay, head of the White Star Line, owners of the Titanic. Ismay has long been deemed the primary culprit in the sinking of the great liner, with the loss of 1,500 ... Read full review

Frances Wilson was educated at Oxford University and lectured on nineteenth- and twentieth-century English literature for fifteen years before becoming a full-time writer. Her books include Literary Seductions: Compulsive Writers and Diverted Readers and The Ballad of Dorothy Wordsworth: A Life, which won the British Academy Rose Mary Crawshay Prize. She reviews widely in the Britishpress and is a fellow of the Royal Society of Literature. She divides her time between London and Normandy. 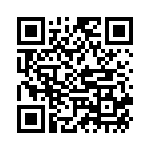