Page 16
Our immediate concern, however, is the safety of London, which, according to the
authority of The Times, is liable to be confronted by “the worst that science and
chemistry can do in the hands of an unscrupulous enemy fighting with his back to
...
Page 156
WRITE FOR PARTICULARS AND TESTIMONIALS. FERNDEN TENNIS COURT
CO., LTD. 1 ALBEMARLE STREET LoNDoN, w.1 FERNDEN COURTS have
been supplied to Royalty and the leading Clubs, . - - |W. BILL o LONDON, W.1.
has ...
Page 566
He had a son Anthony, whose son, again an Anthony, moved to London. And his
son, the third successive Anthony, is the subject of this paper. On December 17,
1683, he was accurately described by the College of Heralds as “Sir Anthony ... 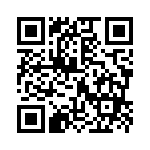