Editor Thomas Merton, who also provides an intro, took the best of Ghandi's nonviolence teachings and compiled them into this 1965 volume. Original publisher New Directions updates with a new preface by Mark Kurlansky. Read full review

Mohandas Gandhi is well known as a political activist and pacifist who played a key role in achieving India's independence from Great Britain. Although born in Porbandar, India, to parents of the Vaisya (merchant) caste, he was given a modern education and eventually studied law in London. After returning briefly to India, Gandhi went to South Africa in 1893, where he spent the next 20 years working to secure Indian rights. It was during this time that he experimented with and developed his basic philosophy of life. Philosophically, Gandhi is best known for his ideas of satyagraha (truth-force) and ahimsa (nonharming). Intrinsic to the idea of truth-force is the correlation between truth and being; truth is not merely a mental correspondence with reality but a mode of existence. Hence, the power of the truth is not what one argues for but what one is. He developed this idea in conjunction with the principle of nonviolence, showing in his nationalist activities that the force of truth, expressed nonviolently, can be an irresistible political weapon against intolerance, racism, and social violence. Although his basic terminology and conceptual context were Hindu, Gandhi was impressed by the universal religious emphasis on the self-transformative power of love, drawing his inspiration from Christianity, Western philosophy, and Islam as well.

Born in France, Thomas Merton was the son of an American artist and poet and her New Zealander husband, a painter. Merton lost both parents before he had finished high school, and his younger brother was killed in World War II. Something of the ephemeral character of human endeavor marked all his works, deepening the pathos of his writings and drawing him close to Eastern, especially Buddhist, forms of monasticism. After an initial education in the United States, France, and England, he completed his undergraduate degree at Columbia University. His parents, nominally friends, had given him little religious guidance, and in 1938, he converted to Roman Catholicism. The following year he received an M.A. from Columbia University and in 1941, he entered Gethsemani Abbey in Kentucky, where he remained until a short time before his death. His working life was spent as a Trappist monk. At Gethsemani, he wrote his famous autobiography, "The Seven Storey Mountain" (1948); there he labored and prayed through the days and years of a constant regimen that began with daily prayer at 2:00 a.m. As his contemplative life developed, he still maintained contact with the outside world, his many books and articles increasing steadily as the years went by. Reading them, it is hard to think of him as only a "guilty bystander," to use the title of one of his many collections of essays. He was vehement in his opposition to the Vietnam War, to the nuclear arms race, to racial oppression. Having received permission to leave his monastery, he went on a journey to confer with mystics of the Hindu and Buddhist traditions. He was accidentally electrocuted in a hotel in Bangkok, Thailand, on December 10, 1968. 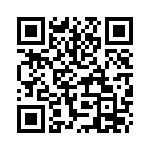