Patrick Barclay is one of the most distinguished football correspondents in the UK and is currently a columnist for the LONDON EVENING STANDARD. His most recent book is an acclaimed biography of Jose Mourinho. 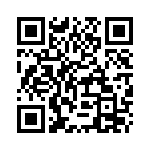