Page 23
Whereas dazzling, state-of-the-art light and laser effects complement their
playing throughout the rest of their Dark Side performance (indeed, the entirety of
their Pulse presentation), 'Any Colour You Like' receives a much simpler
treatment, ...
Page 28
Dozens of people had been working with light already in the 1950s. However,
Palacios is certain that at least Mark Boyle, Peter Wynne-Wilson, John Marsh,
Mike Leonard, and Joe Gannon must be considered among the pioneering light
men ...
Page 29
I'm pretty certain that was the first psychedelic light show to be seen in Britain' (
Williamson, 2001 , p. 60).4 Joe Gannon, Pink Floyd's earliest official light man,
built the first light show designed specifically for and by the band. His role in the ... 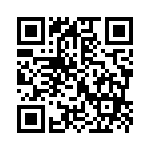