Too much stress is laid on the article in The Gentleman’s Magazine by Ayurvedic proponents to establish the authenticity of Sushruta’s rhinoplasty. But the fact of the matter is that there is no reference at all to Sushruta in the Gentleman’s Magazine. It is a clear evidence that Sushruta was not known in 1794 and this fictitious figure was created only several decades after 1794. The Gentleman’s magazine of October 1794 edition gives a bizarre account of a curious operation of making a nose from a forehead flap of one Cowsajee. It is quite weird to note that the so-called operation was performed not by an Ayurvedic physician but by an illiterate man belonging to ‘brick-maker’ caste. The condition of the patient mentioned in the Magazine causes further doubt. It is alleged that Cowsajee, the patient, was caught by Tipu sultan’s men and they cut off his nose and one hand. It is also stated that he lived “for about 12 months without a nose.” On the face of it everything appears uncanny, inscrutable and strange. How could Cowsajee escape infection when his one hand and nose were amputated? This account is sent in the form of a letter addressed to the Gentleman’s Magazine by a person who had not divulged his name and address, but only the initials “B.L.” To give credence to this story, he has also given the names of two surgeons, Thomas Cruso and James Trindlay, who were alleged to have witnessed the operation. The surgeons’ identity has not been proved and they have not given any statement. They have not also published such a feat in any medical journal. Even the details of the grafting procedure and the figure of the patient shown in the Magazine were all diagrams and painting, and were published at third hand in London in 1794. In those days scholars belonging to Asiatic Society invented stories to become famous. In the absence of printed texts, and with no manuscript library, it was easy for them to get spurious manuscripts and claim inventions. Edward Pococke had hundreds of such fabricated manuscripts and he attempted to prove that Pythagoras got his ideas from India. William Jones, for instance, gave several arguments to prove that a group of Egyptian priests had in some remote age settled down in India. Reuben Burrow tried to prove that the Binomial Theorem was known to ancient Indians. Francis Wilford was cheated by Brahmin pundits employed by him when they interpolated into the old Sanskrit texts material cleverly forged so that the Sanskrit texts specifically mentioned Adam, Abraham and other Biblical personages. The forgery was detected by Wilford himself, but only after he had contributed quite a lot of material on the subject in The Asiatic Researches --- which he sorely regretted. (Kejariwal,O.P., The Asiatic Society of Bengal, p.43)It is against this backdrop that we have to view the letter sent to The Gentleman’s Magazine describing skin grafting by one ‘B.L.’ was fabricated in view of the fact that without sterile technique, anesthesia and antibiotics an illiterate ‘brick maker’ could not have performed plastic surgery.

Page 8 - The first time, too, I could scrape a few shillings together, which were not common occurrences with me, I bought unto myself a copy of these beloved volumes ; nor do I believe I ever read a book half so frequently, or with half the enthusiasm.
Appears in 195 books from 1837-2007
Page 236 - And Solomon's wisdom excelled the wisdom of all the children of the east country, and all the wisdom of Egypt.
Appears in 403 books from 1802-2007
More
Page 8 - No, sir," answered the old Borderer, " I have no command of my memory. It only retains what hits my fancy, and probably, sir, if you were to preach to me for two hours, I would not be able when you finished to remember a word you had been saying.
Appears in 77 books from 1837-2006
Page 52 - Peace be unto you : as my Father hath sent me, even so send I you. And when he had said this, he breathed on them, and saith unto them, Receive ye the Holy Ghost: Whosesoever sins ye remit, they are remitted unto them ; and whosesoever sins ye retain, they are retained.
Appears in 1106 books from 1584-2007
Page 9 - ... it is with the deepest regret that I recollect in my manhood the opportunities of learning which I neglected in my youth ; that through every part of my literary career I have felt pinched and hampered by my...
Appears in 80 books from 1827-2006
Page 7 - Shakspeare, nor can I easily forget the rapture with which I sate up in my shirt reading them by the light of a fire in her apartment, until the bustle of the family rising from supper warned me it was time to creep back to my • bed, where I was supposed to have been safely deposited since nine o'clock.
Appears in 47 books from 1837-2003
Page 15 - Brother and Eve of St. John. A single scene of feudal festivity in the hall of Branksome, disturbed by some pranks of a nondescript goblin, was probably all that he contemplated; but his accidental confinement in the midst of a volunteer camp gave him leisure to meditate his theme to the sound of the bugle;— and suddenly there flashes on him the idea of extending his simple outline, so as to embrace a vivid panorama of that old Border life of war and tumult, and all earnest passions, with which...
Appears in 40 books from 1837-2003
Page 409 - ... they filled them with devils and evil men. Then they took those whom they suspected to have any goods, by night and by day, seizing both men and women, and they put them in prison for their gold and silver, and tortured them with pains unspeakable, for never were any martyrs tormented as these were.
Appears in 88 books from 1767-2008
Page 10 - Yet to me, the wandering over the field of Bannockburn was the source of more exquisite pleasure than gazing upon the celebrated landscape from the battlements of Stirling castle. I do not by any means infer that I was dead to the feeling of picturesque scenery ; on the contrary, few delighted more in its general effect. But I was unable with the eye of a painter to dissect the various parts of the scene, to comprehend how the one bore...
Appears in 59 books from 1837-2007
Page 215 - Elements of Chinese Grammar, with a preliminary dissertation on the characters and the colloquial medium of the Chinese ; and an Appendix, containing the Ta-Hyok of Confucius, with a translation,
Appears in 60 books from 1758-2006
Less 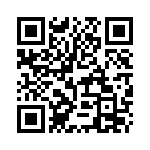