Trevor Bryce is an Honorary Research Consultant at the University of Queensland and Fellow of the Australian Academy of the Humanities. He has held positions as Reader in Classics and Ancient History, University of Queensland, Professor of Classics and Ancient History, University of New England (Australia), and Deputy Vice-Chancellor, Lincoln University, New Zealand. He is the author of numerous works on the ancient Near East. His most recent publications are The Kingdom of the Hittites (2005), and The Trojans and their Neighbours (Routledge, 2006). 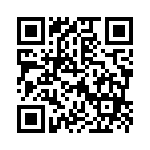