One in a series of new editions of Shakespeare's plays, A Midsummer Night's Dream is suitable for use in high schools and compares very favorably with other editions currently available. The text is ... Read full review

TEXT EDITOR
Terri Bourus is an assistant professor of English at Indiana University Kokomo where she teaches Shakespeare and Renaissance Drama. She received her PhD in 2000 from Northern Illinois University. Her numerous publications include: "Working as a Director: An Interview with Aaron Posner" in Shakespeare Bulletin, 2003; "The First Quarto of Hamlet in Film: The Revenge-Tragedies of Nicol Williamson and Mel Gibson" in EnterText, 2001; Shakespeare''s ''Hamlet'': Complete Study Edition, edited by Sidney Lamb, 2000; and the upcoming text "Enter Hamlet [Reading on a book]: Shakespeare''s Other Audience and the Publication of the Hamlet Quartos" in Shakespeare''s Book, edited by Richard Wilson, 2006.

SERIES EDITORS
Marie Macaisa spent twenty years in her first career: high tech. She has a BS in computer science from the Massachusetts Institute of Technology and a MS in artificial intelligence from the University of Pennsylvania. She edited the first two books in the series, Romeo and Juliet and Othello, contributed the "Cast Speaks" essays, and is currently at work on the next set.

Dominique Raccah is the founder, president and publisher of Sourcebooks. Born in Paris, France, she has a bachelor''s degree in psychology and a master''s in quantitative psychology from the University of Illinois. She also serves as series editor of Poetry Speaks and Poetry Speaks to Children.

ADVISORY BOARD
David Bevington is the Phyllis Fay Horton Distinguished Service Professor in the Humanities at the University of Chicago. A renowned text scholar, he has edited several Shakespeare editions including the Bantam Shakespeare in individual paperback volumes, The Complete Works of Shakespeare (Longman, 2003), and Troilus and Cressida (Arden, 1998). He teaches courses in Shakespeare, renaissance drama and medieval drama.

ESSAYISTS
Thomas Garvey has been acting, directing, or writing about Shakespeare for over two decades. A graduate of the Massachusetts Institute of Technology, he studied acting and directing with the MIT Shakespeare Ensemble, where he played Hamlet, Jacques, Iago, and other roles, and directed All''s Well The Ends Well and Twelfth Night. He has since directed and designed several other Shakespearean productions, as well as works by Chekov, Ibsen, Sophocles, Beckett, Moliere, and Shaw. Mr. Garvey currently writes on theatre for the Boston Globe and other publications.

Douglas Lanier is an associate professor of English at the University of New Hamsphire. He has written many essays on Shakepeare in popular culture, including "Shakescorp Noir" in Shakespeare Quarterly 53.2 (Summer 2002) and "Shakespeare on the Record" in The Blackwell Companion to Shakespeare in Performance (edited by Barbara Hodgdon and William Worthen, Blackwell, 2005). His book Shakespeare and Modern Popular Culture (Oxford University Press) was published in 2002. He is currently working on a book-length study of cultural stratification in early modern British theater.

Andrew Wade was head of voice for the Royal Shakespeare Company from 1990 to 2003 and voice assistant director from 1987 to 1990. During this time he worked on 170 productions and with more than 80 directors. Along with Cicely Berry, Andrew recorded Working Shakespeare and the DVD series Voice and Shakespeare, and he was the verse consultant for the movie Shakespeare In Love. In 2000, he won a Bronze Award from the New York International Radio Festival for the series Lifespan, which he co-directed and devised. He works widely teaching, lecturing an coaching throughout the world. 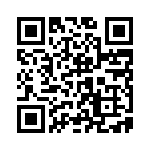